Armor of the Lord (part 5 sword of the Spirit)

Last  week, I wrote about the Helmet of Salvation (pt 4)

take up … the sword of the spirit which is the word of God. 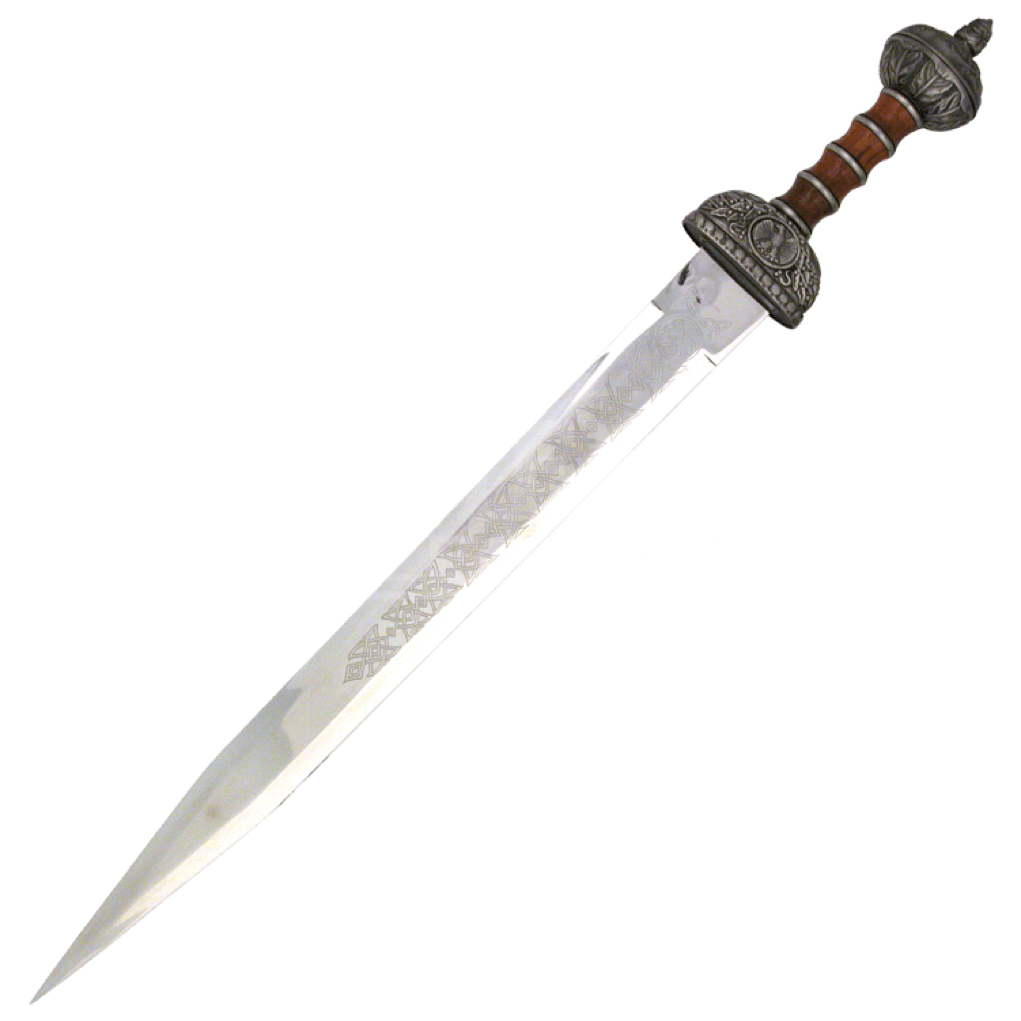 As we established earlier, the soldier’s armor Paul is using as his metaphor is of Roman nature. So the sword being referred to was called a gladius. This was relatively short (18″) sword, double edged, single handed weapon. In greek, this is called the machaira. (μάχαιρα).

Let’s first look at what a sword like this is used for in practical context before moving on into Paul’s metaphor for application (which is also completely practical).

A sword is used for:

Ok, stepping forward now, the sword of the spirit is called the Word of God. This is the only time this phrase is used in scripture. 2 Tim 3:16-17 tells us the Word of God is from the Holy Spirit while written by men. Hebrews 4:12 tells us that this Word is alive and sharper than any natural two edged sword. The sword is an effective and dangerous tool naturally and spiritually speaking. To attempt to use either in battle without training (mentoring or discipling) can result in more harm than good being accomplished. Look at the apostle Paul as an example. He started out by zealously attacking and killing followers of the way (christians) all under the guidance of his convictions derived from his understanding of existing scripture !! (i.e. he thought he was serving God by killing christians).

Acts 7:54-60 start out telling us of his contribution to the stoning of Stephen (one of the first martyrs).

Roman 9:30-33 shows Paul explaining that the Israelites missed the point because they did not pursue it by faith and stumbled over the stumbling stone (Christ himself)  the “it” they pursued was righteousness, but they tried to attain it through the law, by their own deeds and ceased listening to the God of the laws.

Saul went off, swinging his sword, did a lot of zealous things, just like the Israelites who trained him and were likely proud of what he was doing in God’s name.

Saul (who later became known as Paul by Acts 13:9) knew his Old Testament bible. Roman 10:1 Paul states that they (the Israelites, [from which he came]) have a zeal but not accordance with knowledge. Roman 10:3 says they did not subject themselves to the righteousness of god, Roman 10:4 says this is Christ himself. But he was certainly off course and completely out of God’s will with his chosen course of action. What happened ??  I suggest using the context of Eph 6:17 and look at the next verse: Eph 6:18.

18. With all prayer and petition pray at all times in the Spirit, and with this in view, be on the alert with all perseverance and petition for all the saints,
19. and pray on my behalf, that utterance may be given to me in the opening of my mouth, to make known with boldness the mystery of the gospel”

Here is the Message paraphrase of verse 19 ”

19. And don’t forget to pray for me. Pray that I’ll know what to say and have the courage to say it at the right time, telling the mystery to one and all,”

To put a fine point on this, Paul does not ask for prayer so that he can recall what he has memorized from scripture. He wants to be given the right words to say and at the right time. Let’s call the leading of the Spirit. John 14:16-18 gives us the promise of the Holy Spirit, the comforter which will indwell each believer and never leave us and calls this Spirit, the Spirit of Truth. He then says in Joh 14:26 that this same comforter will bring to remembrance all things He said to us. (don’t think I’m adding to scripture by adding that He also calls to remembrance what we read from the bible as well) James 1:5 promises that wisdom shall be given from God to whom asks of God.

I don’t see a “banner of prayer” in the armor of the Lord in verses 18-19 but the context clearly indicates there is a connection. What good does all this armor do (symbols and metaphors of how we are to walk and talk in this battlefield) if we are not receiving clear instructions from the Lord of our army ? Advance, retreat, move sideway to left or right flank. Stop and camp tonight and move out in morning, etc. (please take a moment and even try to visualize a roman legion in complete disorganization, no two soldiers moving the same direction, and the commanding general having no control over the thousands of soldiers in the field before him.  Disaster !!

(similar to the growing disaster created by one “loose-cannon” called Saul ??!!)

Now, lets go back and reinterpret the uses of a sword through christian practicality (and assuming prayer is an established communication for proper timing and control of the variations of sword usage)

A sword is used for: (comparing responsive and initiating perspectives)

The above sword use points are written from an “angle” of evangelism. There are others as well (perspectives completely based on protecting your own heart and mind from attack, maintaining peace in the work place, etc)

The Sword of the Spirit, which is the Word of God, is sharper and more powerful than any natural sword. 2 Cor 10:3-5 tells us that our weapons are not of this world but divinely powerful and anointed for the style of fighting we are intended to engage in however. Prayer, keeps us in connection with the “Lord of the Sword” to ensure that we use it in His way, with His Truth for His gift of the Eternal Life. (John 14:6). Prayer enables us to use/receive all the pieces of armor, (belt, breastplate, shoes, shield helmet and sword) which remind each of us of: (truth, righteousness, peace, faith, salvation and the Spirit’s Truth)

Something else that God recently showed me as I was demonstrating my sword collection to a new believer and explaining the above points … I noticed that as I took the swords back, I had to grasp the blades since she already had the handles covered.  I knew that if I was going to grab a razor sharp sword by the blade, I needed to commit to grabbing it well, and to not letting go if it was an unbalanced location (i.e. if it started to tilt out of my hand, I needed to hold and not let go, or it was going to slide out of my hand and I would get injured)

The Word of God is not something to try out and let go of at the first sign of trouble. Rather, you grab onto it and, in times when your world starts to “tilt” you grab onto the Sword of the Spirit even tighter and promise yourself and God to not let go of His promises !!  That is the only way it works !

Know your bible, but pray it up and pray it in !!